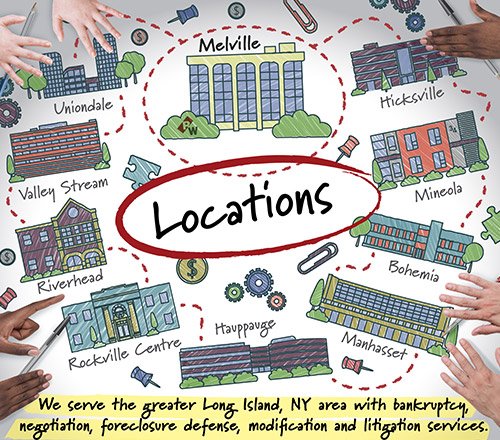 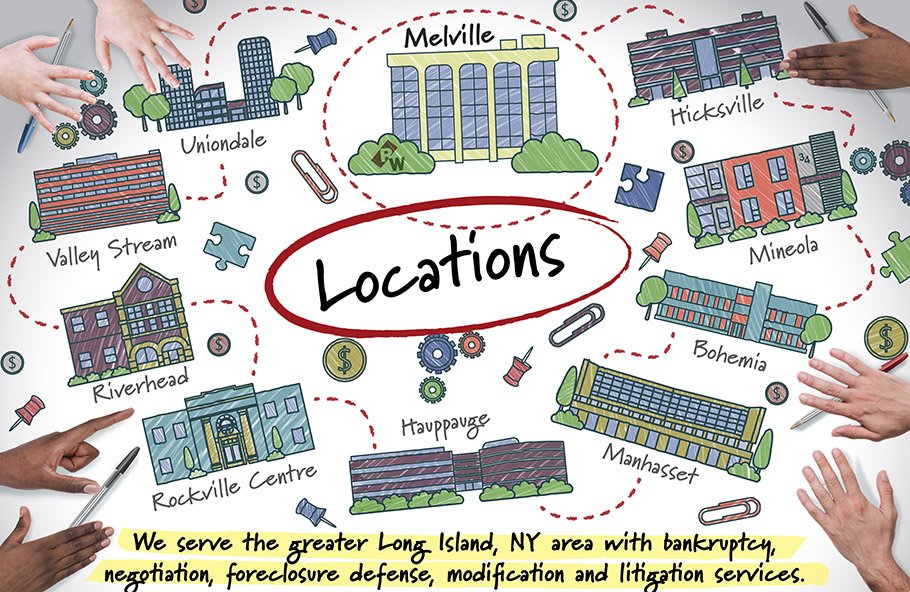 Locations in LI and NY Served by our Bankruptcy, Foreclosure, and Modification Law Firm

Whether you are close to one of our offices, or further away, we can effectively represent you; call to schedule a free initial consultation to find out how we can help you with your financial situation.