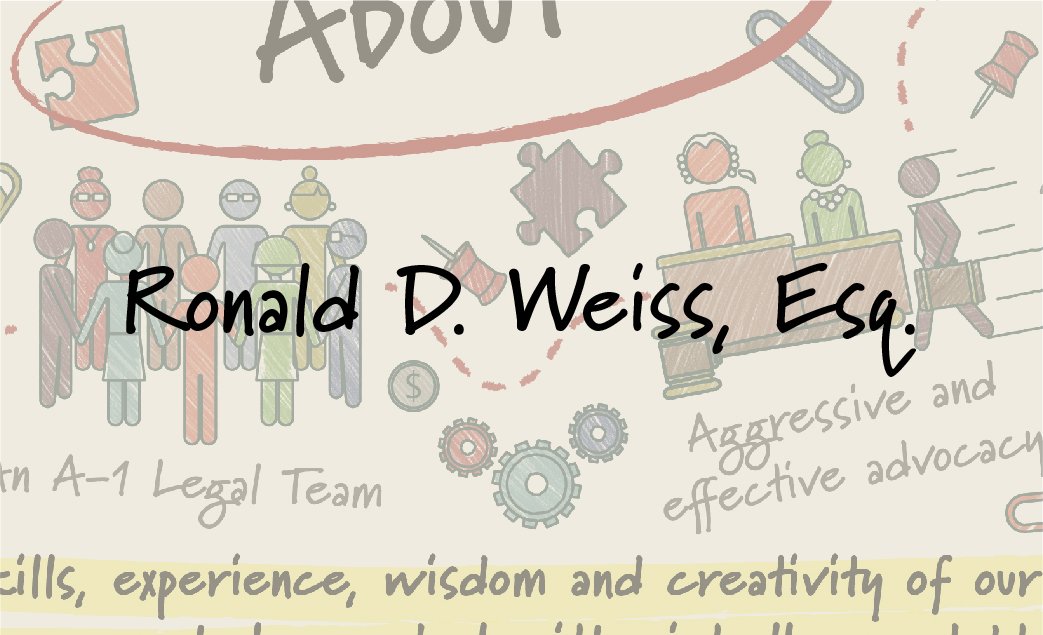 Ronald D. Weiss, Esq., is an bankruptcy attorney and debt relief lawyer who since 1987 has specialized in bankruptcy solutions, foreclosure solutions, negotiation solutions and mortgage modification for individuals and small businesses in the greater Long Island and New York areas undergoing financial hardship.

Ronald D. Weiss is a member of the American Bankruptcy Institute, the National Association of Consumer Bankruptcy Attorneys, the Suffolk County Bar Association, the Nassau County Bar Association, and is admitted to practice in the State of New York, the State of Connecticut, and the Federal Courts for the Eastern and Southern Districts of New York. Mr. Weiss is a 1988 graduate of New York University School of Law where he was a recipient of the Galgay Fellowship in Bankruptcy and Reorganization Law, was an editor for the Journal, Annual Survey of American Law and has published several law journal articles, including an article on “The Contempt Power of the Bankruptcy Court” which appeared in the Emory Bankruptcy Developments Journal. Mr. Weiss graduated magna cum laude from Brandeis University in 1984. Mr. Weiss’ past experience includes having been a law clerk to the Honorable Prudence B. Abram, a United States Bankruptcy Judge in the Southern District of New York, and having practiced corporate bankruptcy law at several large Manhattan law firms, including Moses & Singer, LLP, and Walter, Conston, Alexander & Green, P.C.  Mr. Weiss later worked for Fischoff, Gelberg & Director in Garden City, NY where he had practiced consumer and business bankruptcy before starting the Law Office of Ronald D. Weiss, P.C.

Mr. Weiss started the Law Office of Ronald D. Weiss, P.C. in 1993, which has had it main office located in at 734 Walt Whitman Road, Suite 203, Melville, New York 11747 since its inception. The firm which is dedicated to representing clients with financial challenges, has grown steadily since its inception and has several departments including bankruptcy, foreclosure, litigation, negotiation and modification.

Please call us at (631) 271-3737, or e-mail us at [email protected] for a free consultation to discuss your legal options in greater detail.