Are the Differing Means Test Levels for Income and Spending for a Bankruptcy Case in Different States Equitable? 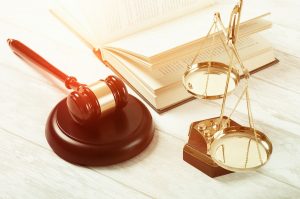 Are the Differing Means Test Levels for Income and Spending for a Bankruptcy Case in Different States Equitable?
Chapter 7 bankruptcy[1] is a highly important tool for many New Yorkers and people across the United States struggling with debt. For households with mostly unsecured debt, Chapter 7 can provide relief in only a few short months. Not everyone qualifies for a consumer Chapter 7 bankruptcy discharge, however, as a potential filer must first pass a “means test.”
The means test can be complicated and confusing, and too many people make errors that unnecessarily disqualify them from Chapter 7 bankruptcy. If you are considering bankruptcy as a debt solution tool, you should first discuss your situation with a skilled bankruptcy lawyer. Our law firm can help you with every step of a bankruptcy case, including the means test.
History of Means Testing in the United States
The federal government first implemented means testing in the United States during the Great Depression to determine eligibility for welfare benefits under the Home Relief program, which was part of the New Deal.[2] In the 1960s, the government started using means testing for food stamp and Medicaid eligibility.[3] It was not until 2005, however, that the means test became a standard requirement for Chapter 7 bankruptcy.
When Congress passed the Bankruptcy Abuse Prevention and Consumer Protection Act of 2005 (BAPCPA),[4] the new law added the means test requirement in an effort to prevent wealthy households from abusing the bankruptcy process and easily obtaining a discharge of their debts without any type of repayment plan. The means test determines whether a household has too much disposable income and can actually afford to make payments to creditors, which will render them ineligible for Chapter 7. The requirement was codified in the U.S. Bankruptcy Code.[5]
Passing the Means Test
The means test requires that you report all sources of monthly income for the past six months, which can include:

You do not have to include Social Security payments or payments to victims of terrorism, crimes against humanity, or war crimes.
In some cases, your monthly income may not be regular, or you may have had recent changes that skew your income, making it appear higher than it usually is. One example is if you received a large commission for a deal that you worked on for the past two years. That commission does not properly reflect your current monthly income, and a skilled attorney can help you properly adjust your income to account for any irregularities.
The means test then measures your average monthly income against the median income for your particular state. If your monthly income is less than the median, you automatically pass the means test without any further calculations. If it is greater than the median, you then must determine your amount of disposable income. Your attorney will add up all qualified expenses and subtract them from your monthly income to determine your disposable income. If that amount is less than the median, you pass the means test. If not, you are ineligible for Chapter 7 bankruptcy and may need to explore other debt relief options, such as Chapter 13 bankruptcy.
Different Requirements for Each State
As mentioned, passing the means test depends on the median income in each different state, as reported by the federal Department of Justice (DOJ).[6] There are different median incomes reported for different household sizes, and the median income can vary substantially from state to state. For example, the following demonstrates the range of differing income requirements for a household of four people:

As you can see, you must have substantially less—more than $4,000—in monthly income to qualify for Chapter 7 bankruptcy in Arkansas than you would in Massachusetts.
Are the Different Means Test Income Levels Fair?
Many people may believe that it is not fair nor equitable to have such varying income and spending requirements from state to state. Using the above figures, imagine a household in Arkansas and a household in New York both earned $88,000 per year. The New York household would automatically qualify for Chapter 7 without having any spending requirements. The Arkansas household, on the other hand, would need to demonstrate more than $2,300 in qualified monthly spending to qualify for a Chapter 7 case.
The reality is that income levels do vary from state to state. After all, you cannot expect some to earn the same in Indiana, with a minimum wage of $7.25 per hour,[7] as they would in Washington, D.C., which has a current minimum hourly wage of $13.25.[8] In addition, incomes are typically higher in areas with a higher cost of living, so the median income and spending requirements may be proportional to the area in which a potential filer lives.
Some states, however, have skewed median income figures due to income discrepancies within the state itself. For example, the median household income in Nassau County is more than $96,000,[9] while the median household income in Bronx County is $38,900.[10] This means that most households in the Bronx would automatically pass the New York state means test, while many households in Nassau County would not qualify without further calculations and spending requirements.
Contact a Highly Experienced Long Island Bankruptcy Lawyer for More Information
Many people do not believe the mere existence of the means test is fair and equitable since it only applies to consumers and not to businesses. Even if you do not pass the means test, there could be exceptions that may allow you to file under Chapter 7. It is critical to have a knowledgeable bankruptcy lawyer complete the complex means test for you for the best chance at qualifying for Chapter 7 bankruptcy. Call the Law Office of Ronald D. Weiss at 631-271-3737 or contact us online today.