A Look At Bankruptcy Prosecution Under Title 18 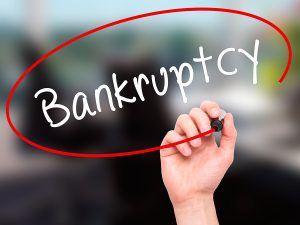 The bankruptcy system in the United States was designed to assist consumers and businesses find relief from overwhelming debt following often unavoidable circumstances in their lives. According to data published by the U.S. federal courts,1 the bankruptcy court system receives more than one million filings from businesses and non-businesses on an annual basis. Many of these bankruptcy filers are seeking assistance after a business failure, an unexpected medical event, or simply errors in judgment while attempting to attain the American Dream. In this way, bankruptcy is an important tool to help Americans regain control of their financial situations so they can again become active participants in the economy.
Unfortunately, not everyone who files for bankruptcy has the best of intentions. As in almost every other federal program or benefit, there are individuals who seek to defraud the system in some way for their own wrongful personal gain. The U.S. Trustee Program has noted2 that, in order to be successful, the bankruptcy system requires full and honest disclosure from trustees, creditors, debtors, attorneys, and the bankruptcy court. When a party acts in a fraudulent manner, it undermines the system and injures numerous parties involved.
First, when creditors repeatedly do not receive equitable compensation from bankruptcies due to fraud, the costs of lending often increase3 and creditors tend to transfer these costs onto future consumers. Additionally, bankruptcy fraud often hinders the collection of unpaid tax liability, which affects all taxpayers in the future. Finally, when bankruptcy fraud occurs, it threatens the integrity of the bankruptcy system—a system that already has wavering public support from non-filers.
Examples of common bankruptcy crimes under Title 18
In an attempt to identify and prosecute bankruptcy filers who attempt to defraud the system, Congress enacted 18 U.S. Code Chapter 94 to set out specific bankruptcy crimes that can be criminally prosecuted in federal courts. In addition, Congress passed the Bankruptcy Abuse Prevention and Consumer Act of 2005 (BAPCA)5 to reduce the potential for abuse of the bankruptcy system.
These laws have not deterred many filers from attempting to take advantage of the bankruptcy system to avoid paying debts, despite having the assets to do so. According to the Federal Bureau of Investigation (FBI), the primary categories of bankruptcy crimes are as follows.

The penalties for bankruptcy crimes vary depending on the circumstances and the extent of the fraud scheme. Some common penalties for a bankruptcy crime conviction include fines, restitution, and time in federal prison. In addition, defendants facing bankruptcy crime charges will often have to pay a costly fee for their criminal defense.
Many believe bankruptcy crimes are under-prosecuted
The United States Trustee Program has estimated in the past that at least 10 percent of bankruptcy filings have some type of fraudulent misstatement that may be in violation of Title 18 provisions. This would mean that, of the just over one million filings in 2014, roughly 100,000 should be investigated for bankruptcy crime. Another report published by the U.S. Department of Justice believe that the 10 percent estimate is substantially on the low side and that a much larger percentage of cases contain potentially harmful instances of fraud. Despite these estimations, in 2014, the Trustee Program only reported audits of 1,627 cases for possible fraud. An audit is not the only way fraud is discovered, as courts themselves can refer suspicious filings though 1,627 is still a low number if the same office suspects possibly 100,000 filings may be hurting the system. Additionally, few cases are actually pursued even among the findings of possible fraud resulting from audits or court referrals. For example, in a single year, the U.S. Trustee Program referred only 423 cases to the U.S. Attorney’s office, of which only approximately 200 were prosecuted.
Of course, it would be impossible for the U.S. Trustee Program to review and investigate every bankruptcy case that is filed for potential fraud. Additionally, the FBI and U.S. Attorney’s office consider bankruptcy to be only a tiny piece of the criminal pie in the United States. These investigators have any other pressing concerns that may potentially have more devastating effects on the American public and government. However, bankruptcy crimes should not be ignored, as prosecuting fraudulent filers not only deters future fraud but also improves the confidence in the bankruptcy system.

Even though prosecutions and convictions for bankruptcy crimes are relatively low, you never want to risk being the subject of an investigation. Not only can these investigations be invasive and inconvenient, but they may last up to two years. During this time, you will likely be stressed and concerned, not knowing if you are going to face federal criminal charges. Defending against such charges can be expensive and you will face costly penalties if you are convicted.
Not everyone investigated for bankruptcy crimes has intentionally tried to defraud the system. Instead, many people who run into difficulties with audits or the courts have simply made errors on their paperwork. These errors can be serious, however, and can call into question a filer’s intentions. In order to ensure that all of your paperwork and representations throughout your bankruptcy case are accurate and complete, you should always have the assistance of an experienced bankruptcy lawyer in Long Island.
Bankruptcy attorney Ronald Weiss thoroughly understands the requirements and procedures mandated by both federal and New York bankruptcy laws. He has helped numerous clients throughout Nassau, Suffolk, Long Island, and surrounding areas successfully find relief through bankruptcy without fear of an audit or investigation. If you are considering bankruptcy, contact the law office of Ronald D. Weiss, P.C. At 631-271-3737 for a consultation today.
References:
1http://www.uscourts.gov/news/2014/04/24/bankruptcy-filings-down-11-percent-march-2014
2https://oig.justice.gov/reports/OBD/a0317/findings.htm
3http://dspace.nelson.usf.edu/xmlui/bitstream/handle/10806/3267/stowell_barker_2011_manuscript.pdf?sequence=7
4https://www.law.cornell.edu/uscode/text/18/part-I/chapter-9
5http://www.gpo.gov/fdsys/pkg/BILLS-109s256enr/pdf/BILLS-109s256enr.pdf
http://www.justice.gov/sites/default/files/criminal-fraud/legacy/2010/04/11/actrpt02.pdf
http://www.justice.gov/ust/bapcpa-implementation-update-debtor-audit-procedures-and-reporting-material-misstatements
http://www.justice.gov/sites/default/files/ust/legacy/2015/03/10/Debtor_Audits_FY_2014_Public_Report.pdf
http://www.justice.gov/sites/default/files/ust/legacy/2012/07/20/criminal_report_fy2011.pdf