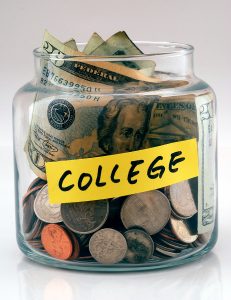 A 529 plan [1] is a tax-advantaged savings plan designed to encourage savings for future college costs.  The plan is so named as it is authorized by section 529 of the Internal Revenue Code.  Some 529 plans are operated by a state while others may be operated by educational institutions.  All 50 states offer at least one type of 529 plan which assists parents, grandparents and other relatives in providing payment toward the cost of college tuition.
When an individual is considering the filing of a Petition for Bankruptcy, the potential loss of a college savings account maintained for a child or grandchild must be considered by both client and attorney.   In order to determine if a 529 college account will be safe after the filing of a bankruptcy, it is necessary to review both federal bankruptcy laws as well as statutes specific to the state of New York.
The filing of a bankruptcy petition creates an estate pursuant to 11 U.S.C. § 541 [2]. A Chapter 7 trustee is charged with the duty of collecting and reducing to money “the property of the estate for which such trustee serves”  11 U.S.C. § 704(1)[3].  Usually, all property of the debtor goes into the estate to be either liquidated for creditors or exempted on behalf of the debtor.  In New York, an individual is allowed to use either the federal Bankruptcy Code property exemptions or the property exemptions set forth under New York State law.  A debtor must have resided in the state of New York for a period of at least two years prior to the bankruptcy filing or they will be required to access the property exemptions set forth in the state of their prior residence.
Property Exemptions
Sections 541(b)(5) and (6) of the Bankruptcy Code[4] provide that funds placed into a 529 savings plan for one year or longer, before the filing of a Petition for Bankruptcy, are exempt if the designated beneficiary is a child, stepchild, grandchild or step grandchild.  The Code excludes 529 accounts because some states do not allow debtors to use federal exemptions which leaves the accounts open to attack by bankruptcy trustees.  Instead of creating an exception, the Bankruptcy Code excludes 529 accounts from the bankruptcy estate itself based upon the circumstances.  Section 541(b)(6) specifically provides, in part, as follows:
“(b) Property of the estate does not include… (5) funds placed in an education individual retirement account (as defined in section 530(b)(1) of the Internal Revenue Code of 1986) not later than 365 days before the date of the filing of the petition in a case under this title, but
(A) only if the designated beneficiary of such account was a child, stepchild, grandchild, or step grandchild of the debtor for the taxable year for which funds were placed in such account;
(B) only to the extent that such funds