Discovery in Foreclosure Cases: Obtaining Important Documents From the Bank 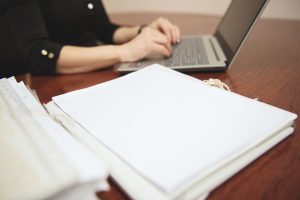 Discovery is a critical part of any civil litigation matter, as each party tries to obtain as much information as possible from the other side in accordance with strict New York civil procedure rules. You can then examine the evidence received to identify any inadequacies or weaknesses in the case to build your own litigation strategy. This is no different for foreclosure defendants, as discovery gives your attorney the chance to determine which defenses apply to your case due to insufficient evidence from the mortgage lender. You can formally request specific documents from the lender, and the lender’s response (or lack thereof) may have a significant effect on your case.

Homeowners can defend against foreclosure actions for many reasons, depending on your specific circumstances. To assert a successful defense, your lawyer will need to support the defense by presenting evidence or by demonstrating a lack of evidence on the part of the bank. One common defense is a lack of standing because the lender or servicer did not produce the original promissory note and loan documents.
To have standing to bring a foreclosure action, the lender must prove it has the original promissory note and mortgage. Lenders must now provide these documents with the foreclosure petition under New York Civil Practice Law & Rules (CLPR) 3012-b. However, if the lender fails to do so or provides blurry or unreadable copies, a defendant may make a discovery request to compel the plaintiff to provide these required documents. If the plaintiff fails to respond to the discovery request, the law states that:
If a plaintiff willfully fails to provide copies of the papers and documents as required by subdivision (a) of this section and the court finds, upon the motion of any party or on its own motion on notice to the parties, that such papers and documents ought to have been provided, the court may dismiss the complaint or make such final or conditional order with regard to such failure as is just including but not limited to denial of the accrual of any interest, costs, attorneys’ fees and other fees, relating to the underlying mortgage debt. Any such dismissal shall be without prejudice and shall not be on the merits.
This law allows defendants to file a motion to dismiss when a bank fails to present the required mortgage note.
Courts will not require the production of the original loan documents in every single case. In many cases, courts will allow the plaintiff to provide copies of the note instead of the original. Copies will usually suffice as long as there is no issue as to the validity of the note.
In other situations, lenders may assert that the original note was lost and, therefore, cannot produce it. In these cases, the CLPR 3012-b allows:
Where the documents required under subdivision (a) are not attached to the summons and complaint or to the certificate, the attorney for the plaintiff shall attach to the certificate supplemental affidavits by such attorney or representative of plaintiff attesting that such documents are lost whether by destruction, theft or otherwise.
The above affidavits and proof of lost documents must be in full compliance with New York Uniform Commercial Code (UCC) 3-804. This provision provides that “The owner of an instrument which is lost, whether by destruction, theft or otherwise, may maintain an action in his own name and recover from any party liable thereon upon due proof of his ownership, the facts which prevent his production of the instrument and its terms.”
Homeowners should always have a foreclosure defense attorney who can determine whether the plaintiff sufficiently complied with UCC 3-804 or whether they should file a motion to dismiss for failure to produce the note and lack of standing.
In some cases, such as U.S. Bank, N.A. v. Murray, the court denied the homeowner’s motion to dismiss because the court found the lender did meet the burden of proof for ownership under UCC 3-804 despite not having the original note. In that case, the court held that an affidavit was sufficient to replace the note, stating:
It states that the original Note was executed by borrowers to GreenPoint, and that the Note was not transferred at any time before Born’s affidavit, and that there was no lawful seizure of the Note. The conclusion being that GreenPoint remained the owner and could enforce the Note, but that the Note could not be located, because it was lost. The Court agrees with Plaintiff that UCC 3-804 cannot imply a full recitation of facts as to how the document was lost, because if that detail was available, the document could be located, and would not, in fact, be lost.
On the other hand, defendants have prevailed in such motions in other cases, such as when the court rules that the affidavit contained insufficient information. An example includes this analysis in Puryear v Prokeen Mgt. Co., Inc. 2015 NY Slip Op 51497(U):
The lost note affidavit fails to include any details as to the facts surrounding the execution of the note, how the note was lost, where it had been kept and where the search was conducted in the attempt to locate the note. Furthermore, the lost note affidavit also fails to mention who on behalf of PMC signed the note. Accordingly, the lost note affidavit fails to establish ownership, the facts which prevent the production of the instrument and its terms. Accordingly, Puryear has failed to produce the note or remedied the failure to produce the note through an adequate lost note affidavit and, therefore, has not met his burden.
During discovery, ensure that the bank produces the original loan documents. If it cannot, your attorney should know how to challenge its ability to meet the requirements for standing.

Motions to Compel the Production of Documents

Lenders and servicers may often try to object to a homeowner’s discovery requests for documents because they want to withhold key information that may lead to a successful defense or motion to dismiss. Your attorney can determine when objections are not valid and can file a motion for the court to compel a response to the discovery request under CLPR 3124.
Uniform Rule 202.7 requires that with a motion to compel discovery, your attorney must also include “an affirmation that counsel has conferred with counsel for the opposing party in a good faith effort to resolve the issues raised by the motion.” This means that before requesting action from the court, your foreclosure defense lawyer must take sufficient steps to obtain the discovery documents first. Courts have held that this affirmation must state more than a party made “good faith efforts to proceed with disclosure.” Sheehan v New York City Tr. Auth., 2014 NY Slip Op 30906(U). Instead, an affirmation should note the time and date of communications, including the type of communications between the parties. Letters are often not enough, as even with a letter, courts have denied motions when the affirmation “did not indicate that plaintiff’s counsel actually conferred with his adversary in a good faith attempt to resolve the dispute.” Courts will often decide whether attempts constituted a good faith effort on a case-by-case basis, though an experienced foreclosure litigator should be aware when this standard has been met.
Often after filing the motion and affirmation, your attorney will assert arguments to support your motion to compel at a motion hearing, and the court may order the bank to provide the documents or information in question. If the bank does not comply with the court order, your attorney can seek different remedies for you under CLPR 3126, including a stay of the legal action, rulings on certain issues in your favor, or a dismissal of the entire case, among others. While your attorney can request specific remedies, it is the court’s discretion which remedy is appropriate based on the information or documents in question.

The Law Office of Ronald D. Weiss knows how to identify all possible defense strategies in foreclosure cases to help homeowners get a dismissal or extra time to negotiate a settlement. Please call (631) 271-3737 or contact us online if you are facing foreclosure.