Recent Limitations and Expansions of Bankruptcy Court Powers in the U.S. 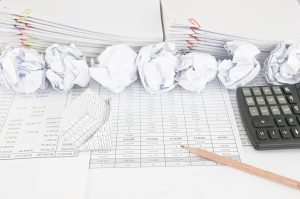 In many bankruptcy cases, legal issues can arise that have no involvement with bankruptcy laws but instead are based solely on state laws. Matters based on state law are generally adjudicated in state courts or federal district courts—also referred to as “Article III” courts because their judicial powers stem from Article III of the United States Constitution.1 In contrast, the power of bankruptcy courts comes from Article I of the Constitution2 since this type of administrative court is created by Congress and does not fundamentally exist as part of the judicial system under the Constitution. Traditionally, the powers of Article I courts have been circumscribed by the Supreme Court of the United States (SCOTUS) and SCOTUS has historically required an Article III court to hear any matter that is outside the purview of bankruptcy that involves a potential deprivation of property, liberty, or life.
Because of the limited powers generally designated to bankruptcy courts, the question has regularly been asked: Under what—if any—circumstances do bankruptcy courts have the power to make decisions on outside civil matters based on state law that arise during bankruptcy proceedings? In order to best examine this question, it is helpful to understand the history of the laws and court rulings that have affected the powers of bankruptcy courts.
Statutory powers of bankruptcy courts
Prior to the enactment of the current United States Bankruptcy Code3 in 1978, the Bankruptcy Act4 set out the following powers and limitations for the bankruptcy courts:

One very important exception existed to the limitation on the court’s powers—the state law matter could be resolved in bankruptcy court if the third party agreed to it by providing express consent or if implied consent existed because the third party did not object in a timely manner. Therefore, consent was the key to allowing a bankruptcy judge to resolve matters outside of the original bankruptcy case.
When Congress enacted the modern Bankruptcy Code, it wanted to address the numerous issues that existed due to the limitations on the bankruptcy courts. Lawmakers believed that the complicated jurisdictional requirements were not only confusing but that they also created greater costs for parties to these cases and significantly delayed the resolution of many bankruptcies due to the slower processing time and increased formalities of the district courts. Congress, therefore, passed statutory provisions in the Bankruptcy Code that expanded the power of the bankruptcy courts to hear and decide matters that were “related to” yet independent from the bankruptcy itself.
Supreme Court begins limiting statutory powers of bankruptcy courts
In 1982, SCOTUS decided Northern Pipeline v. Marathon Pipeline,5 stating that Congress’ granting of such extended powers to the bankruptcy court was unconstitutional and ruled that bankruptcy courts had no power to make a final decision in matters simply “related to” the bankruptcy case. In response, Congress amended the Bankruptcy Code to allow a district court to refer such matters back to the bankruptcy court, though the bankruptcy judge could only issue proposed rulings and findings to the district court for review. This at least allowed the parties to present evidence and arguments in bankruptcy court without having to abide by the time-frame and formalities of the district courts. In addition, to help clarify matters, Congress set out the “core” matters of a bankruptcy case in which a bankruptcy court can issue a final decision in 28 U.S.C. §157.6
Stern v. Marshall
In 2011, the Supreme Court ruled on another unlikely case that further limited the powers of bankruptcy courts. In 1995, the 89-year-old husband of 27-year-old Playboy Playmate Anna Nicole Smith (real name Vickie Lynn Marshall) died and Smith sued for half of his $1.6 billion estate. One of numerous issues in that prolonged legal battle led to a subsequent case, Stern v. Marshall,7 which questioned whether the bankruptcy court had the authority to award the now-deceased Smith’s estate a $474 million dollar award based on fraudulent interference claims against her late husband’s son. After reviewing this complicated matter, SCOTUS ruled 5-4 that, while federal statutes gave the bankruptcy court the power to do so, the U.S. Constitution did not. The Court ruled that only Article III courts would have the authority to rule on such an issue as it was a counterclaim based on state law. The dissent in that case disagreed that Article III need be interpreted so strictly and expressed concern that such unnecessarily strict limitations significantly affect the efficiency of bankruptcy courts.
Change in the tides in 2015
On May 26, 2015, SCOTUS issued a new ruling that largely reversed the previous strict limitations on the jurisdiction of bankruptcy courts. In Wellness International Network, Limited v. Sharif,8 the Court held that U.S. Bankruptcy Courts have the ability to issue final decisions in non-core legal matters as long as there is knowing and voluntary consent by the parties. This reverts the powers of bankruptcy courts back to those under 28 U.S.C. §157 in 1984. Under the new decision, the majority stated that Article III does not prohibit the bankruptcy courts from having jurisdiction over matters related to bankruptcy cases involving third parties simply because the cause of action involves state law. Instead, if there is either express or implied consent from the third party, they may save time and money by resolving the case in the bankruptcy court system. Parties may now waive their right to have their dispute adjudicated in an Article III court and the powers of the bankruptcy courts have been expanded.
This new ruling can significantly change the way that certain ancillary matters that relate to bankruptcy estates are handled and may cause many parties to alter their legal strategies when involved in such claims. For this reason and more, it is always highly important to be represented by an experienced bankruptcy attorney who is aware of the legal effects of the recent SCOTUS rulings and who has a thorough understanding of related jurisdictional issues and strategies.
Contact a qualified bankruptcy attorney in Long Island, Nassau, and Suffolk today
Ronald D. Weiss is a highly experienced bankruptcy attorney who understands that changing statutes and court rulings can significantly affect the outcome of a bankruptcy case and any related legal disputes. As you can tell by the above discussion, many complications and legal questions may arise in even seemingly straightforward bankruptcy cases, and you should have an attorney who is prepared to handle such complexities. If you have any questions regarding bankruptcy, please contact the Law Office of Ronald D. Weiss today at 631-271-3737 for a free consultation.
References:
1https://www.law.cornell.edu/constitution/articleiii
2https://www.law.cornell.edu/constitution/articlei
3https://www.law.cornell.edu/uscode/text/11
4https://en.wikipedia.org/wiki/Bankruptcy_Act_of_1898
5https://supreme.justia.com/cases/federal/us/458/50/
6https://www.law.cornell.edu/uscode/text/28/157
7http://www.scotusblog.com/case-files/cases/stern-v-marshall/
8http://www.scotusblog.com/case-files/cases/wellness-international-network-limited-v-sharif/