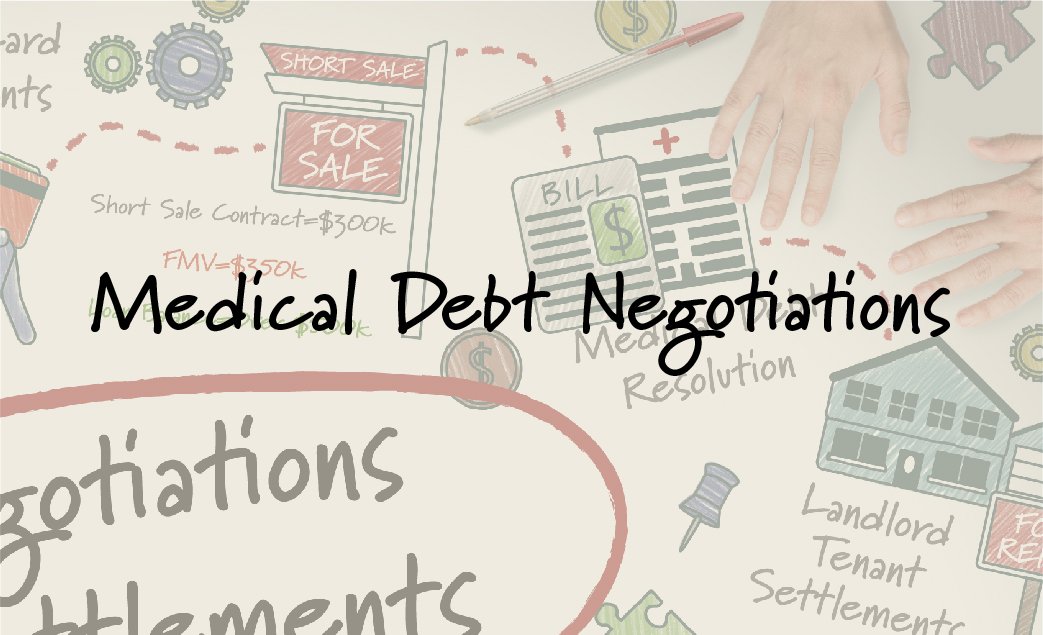 There are several types of medical debts: doctor bills, hospital bills, emergency care bills, nursing home bills, home health aid bills etc. which can be a burden to a person on a fixed income or unable to work. Often these medical bills are mostly covered by insurance or another form of third party coverage, a government program or form of reimbursement. But when medical bills are not covered they can be an enormous burden on persons whose income and savings are often unable to absorb the large, new and unexpected debt.

Besides the question of whether a medical bill was or was not covered by insurance or by another third party, there is the question as to whether the medical bill is disputed or not disputed. To the extent that there is potential coverage or a potential dispute for a medical debt, it makes the pursuit of the debt by the creditor, more defendable by the medical debt debtor.

What’s unique about medical debt compared to other debt is that the debt is usually not by choice but usually incurred out of necessity. Often there are medical emergencies or exigencies involved that dictate the incurrence of the debt. Given that the debt (if not covered) is usually high and that the potential client is often in a compromised health situation, there need to be options that we can review that help deal with this kind of asymmetrical debt situation where the debt often can be high and the ability of the medical debtor to pay is often low.

What is also unique about medical debt is the complexity surrounding the contract for services that occurs when a patient is admitted. Often the person signing the patient in when there is an emergency is a family member; often the debtor is on another’s policy. There are often questions later as to who signed for the medical service, who’s insurance was used, whether the patient was competent and should be billed especially if mistakes/errors where made in admitting/treating the patient. The question is often who is liable? And if so for what are they liable?

As with other areas there are many possible ways to resolve medical debt as follows:

What is unique to medical debts compared to other areas of debt are as follows:

The above issues can help us negotiate a medical debt for a client, based on the possibility of a litigation that we can defend. But these issues also are issues that we can raise in a litigation, as defenses or counterclaims.

Despite the above often the patient/ medical debtor is left with significant medical debt if they had any serious medical procedure. The deductible alone can be considerable. In such a situation the options below may help in terms of negotiation, bankruptcy and litigation options for medical debt.

Often the medical provider enlists a collection agency or attorney to collect on the debt. They know that they need to seek some sort of negotiated resolution on behalf of their client and will be open for offers assuming they are made in a realistic and respectful manner. They realize that the debtors/patients are in sympathetic situations and pursue the debt out of necessity. We are able to get our clients better negotiated resolutions since we are known as a bankruptcy law office that can help the client totally discharge (eliminate) the debt. If there are available deals, we will usually be able to get the best terms.

Chapter 7 of the Bankruptcy Code totally eliminates debt. But given a debtors income and assets not every medical debtor can or wants to file in Chapter 7. Therefore there are reorganizations under Chapter 13 and 11 which can allow the payment of the medical debt over time and at a percentage of what is owed. While these may be the most powerful solutions, not every medical debt justifies a bankruptcy filing and often negotiations or litigation are more appropriate.

Medical Debt is rife with opportunities for defending a litigation. The issues raised above as to Disputed Medical Debt provide ample issues to litigate: whether a contract was formed, competency, liability, informed consent, duress, quality of services, value of services etc. These issues can help a medical debtor litigate and/or negotiate a better resolution of their medical debt. In certain situations the medical provider’s care and procedures may cause them to be vulnerable to a cross-claim that may help a resolution of the debt.

Why Use Our Law Office to Help Resolve Medical Debt

The Law Office of Ronald D. Weiss P.C. concentrates in resolving medical debt and often can achieve the best possible resolution of the medical debt given its ability to employ various tools and potential tools to deal with the debt: negotiation, litigation and/or bankruptcy. Each one of these tools has further options that we can employ and often we use more than one tool to resolve a debt. Where one option does not yield the hoped for results, another option may do so. Because, as stated above, medical debt is unique, it is important to be legally represented.