What to Expect in a NY Foreclosure Case: How Long Will it Take to Resolve? | Long Island Bankruptcy & Foreclosure | Law Firm 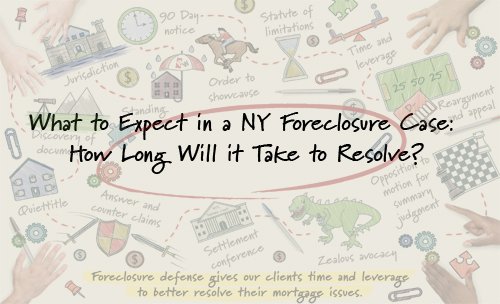 What to Expect in a NY Foreclosure Case: How Long Will it Take to Resolve?

Many homeowners who are behind on their mortgages live in fear of receiving notice of a foreclosure action for months. Once they receive notice, they may imagine the bankers at their door taking away their keys immediately. However, this does not have to be such an immediate fear because many foreclosure cases take months or even years to resolve in New York.
New York law requires that all foreclosures go through the court system and be ordered by a judge before the lender can be granted ownership of your home. This judicial foreclosure process involves many different steps intended to protect your rights as a property owner, each of which takes time and cases can drag on. You also have the opportunity to have an attorney representing you who will know how to halt the process if needed to buy you extra time or seek possible solutions that can stop the foreclosure altogether. In short, the judicial process is lengthier than the non-judicial systems used by many states. However, this lengthy process gives you additional opportunities to save your home ownership so it is not always a negative trait.

Steps in a Typical Foreclosure Case 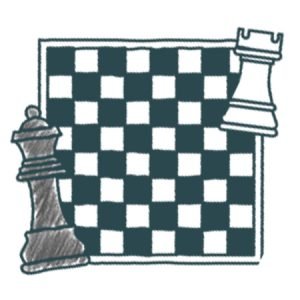 A mortgage lender will wait until you have defaulted on your mortgage before it can file a foreclosure action, which generally means you have missed payments for 90 to 120 days. The company must issue a demand letter and take other steps before a case is filed. Once the case is filed, the lender has a period of time during which it must notify you of the action against you and you have the opportunity to respond. If you fail to respond within the given time frame, the court can issue a default judgment against you automatically granting the foreclosure. While this is the fastest way to resolve a foreclosure case in NY, it also inevitably ends up with you losing your home, so it is not preferable. Because you only have a limited amount of time to respond to a claim and avoid a default judgment, you should call a skilled foreclosure attorney as soon as you receive notice of a case – if not before.
A default judgment is only one of many paths that a foreclosure case can take in New York. The length of your case will depend on the actions taken by both you and your mortgage lender. New York mandates that lenders meet with homeowners at least twice to attempt to reach a settlement agreement. These settlement proceedings can involve mediation with a third-party mediator or negotiations between your attorneys. These conferences can end up in an agreement between you and your lender to stop the foreclosure action and instead modify your mortgage loan or agree to accept a short sale or deed in lieu of foreclosure. In such situations, your case will be resolved at that point in time.
If no settlement is reached, attorneys will file motions for summary judgment for the court to rule in your favor. If the court does not rule in favor of the motion and grant summary judgment, the case will then be set for a trial. Trial dates can be set far in the future and are preceded by a lengthy and often complex discovery process. During this time, your attorney will collect evidence to challenge the foreclosure action and your lender will collect evidence to challenge any legal defenses you are asserting. You can continue to negotiate during this discovery period, especially if you learn of new evidence that can be persuasive to your lender to approve you for a mortgage modification. If your case does proceed to trial, how long you will have to wait will depend on the schedule of the court and the current backlog in that judicial district.

How Long Will Your Case Take?

The length of a foreclosure case will depend on the caseload of the court to which your case is assigned. Currently, New York courts are clogged with an overwhelming number of cases. While foreclosures were believed to have been at an all-time high after the housing crash in 2009, reports indicate that lenders filed an estimated 41,000 new cases against New York homeowners last year, which is only down from about 47,000 in 2009. These statistics show that the courts have not had a break from the constant stream of foreclosure cases being initiated. In fact, one court is reported to have just three individual judges overseeing approximately 12,000 cases. It should be no surprise that the cases are not handled in the swiftest manner and that a backlog persists.
According to the New York State Department of Financial Services, an average foreclosure case takes about 445 days to be concluded in New York, with some taking much longer depending on the court in which the case was filed. However, many cases can last for three or four years depending on the defenses raised, including a defense in which the homeowner is alleging they were the victim of a predatory lender.
The complexity and nature of any specific legal defenses that your attorney raises will directly impact the length of your case. For example, the defense of challenging whether or not your mortgage lender can produce the mortgage note generally will not cause significant delays. This is because New York passed a law in 2013 requiring the production of the note in every case to demonstrate standing to request a foreclosure, so lenders are typically more organized and can produce the note in a shorter period of time. On the other hand, alleging a predatory lending defense can require multiple court hearings and the production of complex evidence and complicated legal arguments, which will take a longer period of time.

How Delays May Work in Your Favor 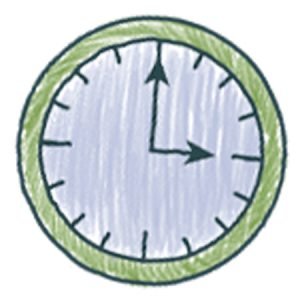 Delays and lengthy foreclosure cases are not always a negative thing for homeowners. In fact, some homeowners and their attorneys have intentionally delayed their foreclosure cases to have more time to negotiate and prove that they could benefit from an alternative resolution, such as a mortgage loan modification. In addition, homeowners who are struggling to pay other debts can delay a foreclosure case by filing for bankruptcy, which will order any legal actions to be halted. In many situations, a successful bankruptcy can free up enough money to catch up on the mortgage and avoid foreclosure or create a payment plan for the mortgage arrears owed. 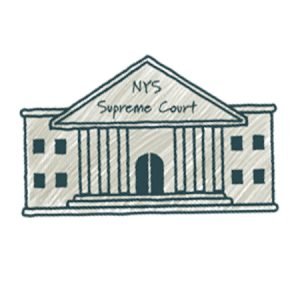 The best way to understand the foreclosure process and timeline in New York is to discuss your situation with a highly experienced foreclosure defense attorney in New York. At the law office of Ronald Weiss, we have assisted numerous New York homeowners favorably resolve their financial problems through foreclosure defense and bankruptcy services. If you would like to learn more about how our office can assist you, please call us at 631-271-3737 today.