Possible Inheritance In a New York Bankruptcy; How Is The Asset Handled? 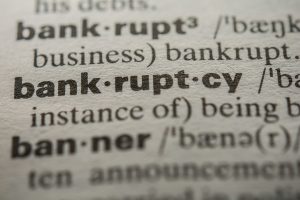 The last thing that a person wants to think about when he or she is considering filing for bankruptcy protection is the passing of a loved one. However, this is an event that can have a potentially dramatic impact on a bankruptcy case. Typically, any asset that a debtor has when he files a bankruptcy petition becomes the property of the bankruptcy estate. 11 U.S.C. § 541[1] (2012). However, after the filing of a bankruptcy case, a debtor may receive an inheritance in the form of either monies or items as directed by the trust or will of a loved one. Section 541(a)(5) of the Bankruptcy Code provides, in relevant part, that property of the bankruptcy estate includes “[a]ny interest in property that would have been property of the estate if such interest had been an interest of the debtor on the date of the filing of the petition, and that the debtor acquires or becomes entitled to acquire within 180 days after such date–(A) by bequest, devise, or inheritance….” 11 U.S.C. § 541(a)(5) (2012).
In other words, if a debtor is either entitled to receive an inheritance before he or she files for bankruptcy, or the debtor is entitled to receive an inheritance within 180 days (generally 6 months) after a filing, then that inheritance is considered part of the debtor’s bankruptcy estate. This provision is what is known as an after- acquired property provision of the Bankruptcy Code, and it is designed to expand a debtor’s bankruptcy estate even after the filing. As a result, an unexpected inheritance can turn a no-asset bankruptcy case into an asset case.
Timing of a Long Island Inheritance
Chapter 7 Bankruptcy
Although there are four types of bankruptcy protection under the law, only two are applicable to individuals. These are Chapter 7[2], also known as liquidation or straight bankruptcy, and Chapter 13, also called debt adjustment. The type of bankruptcy you filed is important in determining the effects of an inheritance you receive after beginning the bankruptcy process.  In Chapter 7 protection, the first 180-day period after the filing of bankruptcy is very important. If you receive an inheritance within this period, the entirety of it will go to the trustee. However, if the first 180 days have lapsed, your trustee will no longer have any claim on your inheritance. This means that you will not be obligated to share all or part of your inheritance with your creditors.
Chapter 13 Bankruptcy

The rules for inheritance under Chapter 13 are more complicated.
In Chapter 13 bankruptcy, you create a three- to five-year repayment plan to gradually pay off your creditors at a steady, reasonable pace. If you filed for Chapter 13 protection the effects of the inheritance on your debt adjustment proceedings will be different compared to a Chapter 7 filing. In an attempt to be fair to your creditors, the value of what you have inherited will be factored in by the court to ascertain the amount that you must put into your debt adjustment plan. Even if the initial 180 days have already passed, your inheritance will still be under your bankruptcy estate because your trustee can argue that good faith on your part involves giving any excess property or funds to your debt repayment plan.
Alternatives to Post-Bankruptcy Inheritance in New York
There are ways you can prevent your inheritance from being included in the bankruptcy estate. First off, you do not have to accept your inheritance at all. However, it must be emphasized that the time of acceptance is not the basis by which the court decides whether the assets you inherited will go to your bankruptcy estate. Rather, the date of the death of the person who has given you the assets is what matters.  If you know in advance that you are likely to come into an inheritance soon, an alternative to refusing the assets you could have inherited is to have your benefactor open a spendthrift account in your name. This type of trust account cannot be claimed by your creditors. Under bankruptcy, the bankruptcy trustee gains no more rights than the beneficiary. Hence, a spendthrift clause protects the trust’s assets from being included in the bankruptcy estate under 11 U.S.C. § 541(c)(2)[3].
Bankruptcy Exemptions and Inheritances
A debtor in New York is permitted to use either the federal Bankruptcy Code property exemptions or the property exemptions provided by New York state law. However, the debtor may choose only one set of exemptions. Whether a debtor in New York should utilize the federal exemptions or the New York state exemptions[4] will be determined by various factors.  To utilize the New York exemptions, a debtor must have resided in New York for a period of at least two years prior to the bankruptcy filing. If not, the debtor must utilize the exemptions as provided for by the laws of the state in which the debtor resided in the two-year period preceding the filing.  How much of an inheritance may be exempt in an individual case, therefore, depends not only on what sort of inheritance is received; i.e. personal property, business property, real property or private retirement benefits but also whether or not the individual elects to access state or federal exemptions.
Recent Case Law Regarding Bankruptcy Exemptions
On June 12, 2014, the U.S. Supreme Court[5] ruled that inherited Individual Retirement Accounts are not counted as retirement funds, meaning they are not considered exempt from creditors within the meaning of section 522(b)(3)(C) of the United States Bankruptcy Code in the case of Clark et ux v. Rameker, Trustee, Case Number No. 13–299.  In deciding the Clark case, the primary issue before the Supreme Court was whether or not an inherited IRA is a retirement account. Specifically, the Supreme Court felt the following characteristics of inherited IRAs were not characteristics of a “retirement” account:

Relying largely on these items, the Supreme Court decided that inherited IRAs do not contain “retirement funds” and, as a result, the favorable bankruptcy protection afforded to such funds under the federal bankruptcy code should not be extended to such accounts
Does the Supreme Court Decision Apply to All Inherited IRAs?
Although the Supreme Court’s decision does not explicitly state one way or another, its ruling seems to be limited to Individual Retirement Accounts inherited by someone other than a spouse. There are a number of special rules for spousal beneficiaries under the tax code, including the ability for a surviving spouse to rollover a decedent’s IRA into their own IRA. In fact, during oral arguments, the bankruptcy trustee’s attorney even made a point to distinguish Clark’s inherited IRA from that of a surviving spouse.  It would appear, therefore, that at least for now, an IRA inherited from one’s spouse would maintain its exempt status under the federal bankruptcy laws.
Bankruptcy laws are complicated.  If you are unable to pay your debts it is important to speak to a greater Long Island and New York area bankruptcy attorney who can interpret and apply federal and New York laws and to discuss any issues that may arise from your possible future inheritance.  Call the office of Ronald P. Weiss today at (631) 296-0361 in order to discuss the specifics of your financial situation and possible bankruptcy solutions.
References:
[1] https://www.gpo.gov/fdsys/granule/USCODE-2011-title11/USCODE-2011-title11-chap5-subchapIII-sec541
[2] https://www.law.cornell.edu/uscode/text/11/chapter-7
[3] https://www.law.cornell.edu/uscode/text/11/541#c_2
[4] http://codes.findlaw.com/ny/civil-practice-law-and-rules/cvp-sect-5205.html
[5] http://www.supremecourt.gov/opinions/13pdf/13-299_6k4c.pdf