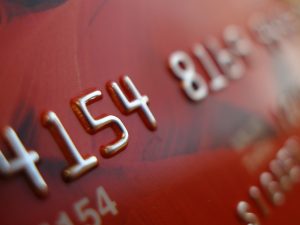 The United States is commonly known for its consumer tendencies. Spending money on lavish homes, vehicles, clothes, jewelry, and other possessions has long been a status symbol and, in the last decade, many Americans have scrambled to purchase SUVs, smartphones, and home entertainment systems to rival their neighbors and “keep up with the Joneses.” While living with all of these conveniences and even luxuries can be enjoyable, there is a darker side of the financial picture in many American households. Rising debt can have substantially adverse effects on the well-being and happiness of Americans and it can also threaten their ability to cover even the most basic of expenses.
After the housing bubble burst and the economy collapsed in 2008,1 many American households should have realized that they had been significantly over-spending and—literally—living on borrowed funds. Many financial experts maintain that the 2008 collapse was more severe2 than the 1929 collapse that led to the Great Depression. However, many consumers in the U.S. seem to have a short memory regarding the financial struggles in the years following 2008. Only seven short years later, the debt picture in America still indicates that many households are still facing significant debt due to consumer spending. The following is some more in-depth information regarding the current American debt picture in 2015.
Recent debt statistics for 2015
Statistics published by the Federal Reserve3 indicate that the average household credit debt in the United States in 2015 is $7,327. However, this figure is not the most accurate portrayal since many households in the U.S. do not have any credit card debt at all. When you only consider households that are currently indebted, the average amount of credit card debt rises sharply to $15,706 per household. This number represents a continuing upward trend for the past few years and, in the aggregate, Americans owe a total of 890.9 billion dollars to credit card companies.
This staggering number is only a mere part of the entire debt picture, as American household also owe the following:

In addition to credit card spending, many Americans are returning to the housing market7 and purchasing homes, even following foreclosures in 2008-2009. The record-setting outstanding student loans are largely considered to be a crisis situation, substantially affecting both social and economic circumstances8 in borrowers’ lives. Auto sales are also expected to hit an all-time high in 2015.9
With all of the increases in other debts, Americans have less available assets to make other purchases, such as furnishings, electronics, or vacations. As a result, households are relying on credit cards to make these purchases and are only adding to their debt burdens.
Credit card debt can lead to depression
A study10 that will be published in the Journal of Family and Economic Issues indicates that mounting credit card debt often has an effect on more than simply our wallets. The study discovered a link between credit card balances and symptoms of depression. Short-term debts such as credit cards were substantially more likely to cause depression and related symptoms than longer-term debts such as student loans or mortgages.
Specifically, debt can lead to feelings of low self-esteem, hopelessness, helplessness, and even suicidal thoughts. These feelings were much more prevalent in the following demographics:

A rise in depression due to consumer debt only puts a greater strain on society due to health care costs and the possible inability to maintain employment due to depressive symptoms. There was no specific indication of whether reducing your short-term credit card would work to reverse the symptoms or whether depression would persist despite paying down your debt.
Will the credit card bubble burst?
While increased consumer spending is largely considered to be a sign of positive economic growth, it also creates concerns that credit cards will be the source of the next economic crisis.11 There are several reasons why the rising credit card debt in the United States can be worrisome:

These circumstances and more demonstrate the importance of households taking control of their credit card debt sooner rather than later.
Solutions for debt relief
Fortunately, there are different legal options for households and borrowers seeking to eradicate overwhelming and seemingly endless credit card debt and take control of their financial situations. Some of these options are as follows:

An experienced Nassau, New York debt relief attorney can find effective solutions for you
A great number of individuals and households are struggling with consumer debt in 2015. At the Law Offices of Ronald D. Weiss, P.C., we understand how credit card debt relief can help both your financial situation as well as your emotional well-being. We strive to determine the most effective and appropriate debt solutions of your individual situation, so please do not hesitate to call for a free consultation at 631-323-6428 as soon as possible.
References:
1https://en.wikipedia.org/wiki/Financial_crisis_of_2007%E2%80%9308
2http://www.forbes.com/sites/robertlenzner/2014/06/22/the-2008-financial-collapse-was-worse-than-1929/
3http://www.federalreserve.gov/releases/g19/current/
4https://www.nerdwallet.com/blog/credit-card-data/average-credit-card-debt-household/
5http://www.federalreserve.gov/releases/g19/current/
6https://www.nerdwallet.com/blog/credit-card-data/average-credit-card-debt-household/
7http://www.housingwire.com/articles/34401-here-are-the-hottest-20-housing-markets-in-america-right-now
8http://www.cnbc.com/2015/06/15/the-high-economic-and-social-costs-of-student-loan-debt.html
9http://www.cnbc.com/2014/10/15/us-auto-sales-expected-to-hit-record-high-in-2015.html
10http://link.springer.com/article/10.1007/s10834-015-9443-6
11http://www.minyanville.com/trading-and-investing/personal-finance/articles/Credit-Card-Household-Debt-May-Be/6/26/2014/id/55403?refresh=1