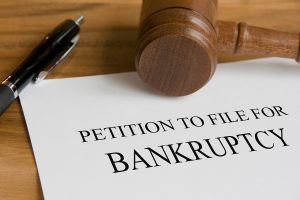 Judicial Lien Avoidance in Bankruptcy
A money judgment is a court ruling that makes an individual debtor liable for the payment of a debt.  A judgment is effective as a lien against all of the judgment debtor’s real property in the county of the judgment or any other county where the judgment has been transcribed into the official records. This judgment lien or judicial lien is effective both with respect to property owned at the time of the judgment, as well as property acquired after the judgment. A bankruptcy discharge will void the future application of a judgment, preventing it from attaching to property acquired after bankruptcy. However, a discharge does not itself get rid of an existing judgment lien.  In the state of New York, this type of lien is enforceable for a period of ten years and allows the creditor to be paid at the time of the sale of the real estate.
Liens That Impair Exemptions
When an individual files a Petition for Bankruptcy, they are entitled to keep certain items of property known as exemptions.  Under the terms of the Federal Bankruptcy Code, 11 U.S.C. § 522(f)[1], a debtor may avoid the attachment of a judicial lien to his interest in property to the extent that the lien impairs the debtor’s homestead exemption.
Bankruptcy Code Section 522(f)(2)(A) provides that a lien is considered to be impairing an exemption to the extent that the sum of:


(B) a nonpossessory, nonpurchase-money security interest in any-
(i) household furnishings, household goods, wearing apparel, appliances, books, animals, crops, musical instruments, or jewelry that are held primarily for the personal, family, or household use of the debtor or a dependent of the debtor;

(iii) professionally prescribed health aids for the debtor or a dependent of the debtor.”
In the recent case of “In re Deborah Shea and Daniel Shae,” case number 533 B.R. 358 (2015), the U.S. Bankruptcy Court of Eastern District New York [6] addressed this exact type of motion, to avoid a judicial lien.  The Court’s July 2, 2015, decision provides as follows:
“This Court has held on numerous occasions that, in order for a debtor to avoid a judicial lien under § 522(f), the debtor must (1) actually claim a homestead exemption in the property in an amount certain, (2) correctly state the amount actually claimed on Schedule C in the motion, and (3) claim a homestead exemption sufficient to exempt all equity in the property net of non- avoidable liens. See e.g. In re Schneider, 2013 WL 5979756, at *11-13 (Bankr. E.D.N.Y. Nov. 8, 2013).”
In the Shea case, the debtor’s motion was granted and the judicial lien was avoided as a lien of record against their residence.
Discovering a Lien After New York Bankruptcy
In some instances, an individual determines the existence of a lien after their bankruptcy case has concluded, often when they are ready to sell a home or to refinance.  In that instance it may be necessary to reopen the original bankruptcy case and to ask the court to avoid the lien or liens that impair the exemption.  It should be noted, however, that one way to avoid this type of dilemma may be to check the public record before a bankruptcy case is filed.
Bankruptcy laws, both on the state and federal levels, can be complicated and difficult to apply to an individual case. In addition to understanding and interpreting bankruptcy laws, it is also necessary to have a greater Long Island and New York area bankruptcy attorney who can determine the need to check public records, to decide if a Motion to Avoid Lien is necessary and to otherwise protect your interests.  Call the office of Ronald P. Weiss today at (631) 296-0361 in order to discuss the specifics of your financial situation and possible bankruptcy solutions.
References:
[1] https://www.gpo.gov/fdsys/pkg/USCODE-2011-title11/pdf/USCODE-2011-title11-chap5-subchapII-sec522.pdf
[2]  http://www.nyeb.uscourts.gov/sites/nyeb/files/opinions/opinion_dte_11-08-30b.pdf
[3]  https://www.law.cornell.edu/supremecourt/text/440/48
[4]  http://codes.findlaw.com/ny/civil-practice-law-and-rules/cvp-sect-5206.html
[5]  https://www.gpo.gov/fdsys/pkg/USCODE-2011-title11/pdf/USCODE-2011-title11-chap5-subchapII-sec522.pdf
[6] http://www.nyeb.uscourts.gov/sites/nyeb/files/opinions/Opinion_ast_2015-07-02.pdf