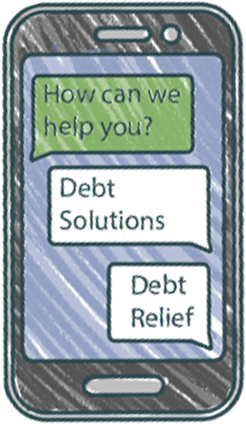 Dismissals for Abandonment or Lack of Prosecution

Laws regarding mandatory settlement conferences and foreclosure timelines apply when the homeowner answers the foreclosure complaint and is actively involved in the case. However, what happens when the homeowner/defendant does not file an answer or appear in court? The law states that the plaintiff has one year to seek a default judgment against the defendant. Under CPLR § 3215-c:
If the plaintiff fails to take proceedings for the entry of judgment within one year after the default, the court shall not enter judgment but shall dismiss the complaint as abandoned, without costs, upon its own initiative or on motion, unless sufficient cause is shown why the complaint should not be dismissed. A motion by the defendant under this subdivision does not constitute an appearance in the action.
If a plaintiff takes no action on the foreclosure for one year, the law requires that the court dismiss the complaint due to abandonment. Too often, however, if a defendant remains inactive and does not oppose the motion, the court may overlook a late motion for an order of reference, even if it was filed well after one year.
New York courts have also found that the plaintiff does not actually have to obtain the judgment within a year, but they simply have to take “proceedings” for entry of judgment. In State of New York Mortgage Agency v. Linkenberg, the court found that dismissal for abandonment was not proper because the bank filed a motion for an order of reference after the default, despite not obtaining a judgment. The court stated:
To avoid dismissal pursuant to CPLR 3215(c), it is not necessary for a plaintiff to actually obtain a default judgment within one year of the default (see HSBC Bank United States, N.A. v. Traore, 139 A.D.3d 1009, 1010, 32 N.Y.S.3d 283; Aurora Loan Servs. LLC v. Gross, 139 A.D.3d 772, 773, 32 N.Y.S.3d 249; US Bank N.A. v. Dorestant, 131 A.D.3d 467, 469, 15 N.Y.S.3d 142; Wells Fargo Bank, N.A. v. Combs, 128 A.D.3d 812, 813, 10 N.Y.S.3d 121). Nor is a plaintiff required to specifically seek the entry of a judgment within one year. As long as “proceedings” are being taken, and these proceedings manifest an intent not to abandon the case but to seek a judgment, the case should not be subject to dismissal (see Aurora Loan Servs. LLC v. Gross, 139 A.D.3d at 773, 32 N.Y.S.3d 249; US Bank v. Dorestant, 131 A.D.3d at 469, 15 N.Y.S.3d 142). Taking the preliminary step toward obtaining a default judgment of foreclosure and sale by moving for an order of reference within one year of the defendant’s default is sufficient to timely initiate proceedings for entry of judgment pursuant to CPLR 3215(c).
A case may also be dismissed as abandoned under CPLR § 3404, which states that “A case in the supreme court or a county court marked “off” or struck from the calendar or unanswered on a clerk’s calendar call, and not restored within one year thereafter, shall be deemed abandoned and shall be dismissed.”
Cases dismissed under 3404 can often easily be restored by the plaintiffs. Generally speaking, within a year of the marking off and before the automatic dismissal, a plaintiff may restore the case merely by requesting restoration. After the dismissal, the plaintiff may seek restoration, but New York courts require that “the plaintiff must demonstrate (1) a reasonable excuse for the failure to timely restore; (2) a meritorious cause of action; (3) a lack of intent to abandon the matter; and (4) a lack of prejudice to the opposing party.” Basetti v. Nour, 287 AD2d 126, 135 [2d Dept 2001].
If the court dismissed the action under CPLR § 3215 (c) for not seeking a default judgment, the plaintiff may be able to refile the action within six months under New York’s Savings Provision, Civil Practice Law and Rules (CVP) § 205.
Another reason a defendant may seek to dismiss an inactive foreclosure is for want of prosecution under CPLR § 3216, which applies “Where a party unreasonably neglects to proceed generally in an action or otherwise delays in the prosecution thereof.” In order to succeed in the type of dismissal, one year must have elapsed since the joinder of the issue, the defendant served a written demand to resume prosecution of the issue within 90 days, and defendant demonstrates that the plaintiff failed to act for 90 days after receiving the demand. Unlike dismissals for abandonment, if the court cites reasons for the neglect of prosecution, the plaintiff cannot use the Savings Provision to later restore the action.
However, courts have significant discretion in whether to dismiss an action under 3216, as shown in New York appellate court rulings such as Davis v. Goodsell, 6 AD 3d 382 – NY: Appellate Div., 2nd Dept. 2004:
CPLR 3216 is, by its terms, “extremely forgiving” in that it never requires, but merely authorizes, the Supreme Court to dismiss a plaintiff’s action based on the plaintiff’s unreasonable neglect to proceed (CPLR 3216 [a], [e]; Baczkowski v Collins Constr. Co., 89 NY2d 499, 503-505 [1997]; see Di Simone v Good Samaritan Hosp., 100 NY2d 632 [2003]). While the statute prohibits the Supreme Court from dismissing an action based on neglect to proceed whenever the plaintiff has shown a justifiable excuse for his or her delay, and a meritorious cause of action (see CPLR 3216 [e]; Di Simone v Good Samaritan Hosp., supra) such a dual showing is not strictly necessary in order for the plaintiff to escape such a dismissal (see Baczkowski v Collins Constr. Co., supra at 503-505).
Because of the court’s discretion, it is important to have an attorney who understands how to seek a dismissal of your foreclosure when appropriate.

The rules and laws regarding inactive foreclosure cases, dismissals, and possible restoration are complex. You should seek representation from a skilled foreclosure defense lawyer at the Law Office of Ronald D. Weiss, P.C. for assistance with your specific situation. Please do not hesitate to call (631) 271-3737 or contact us online for a free consultation if you believe you may be facing foreclosure.