What are Bankruptcy Adversary Proceedings?

An adversary proceeding is a separate lawsuit commenced within a bankruptcy case relating to matters that are fundamental such to the Bankruptcy Process, such as the the discharge or dischargeability of debt or the recovery of assets for the bankruptcy estate. Adversary proceedings are generally commenced by the bankruptcy trustee administering a bankruptcy case or by a creditor. Usually, the defendant in an Adversary Proceeding is either the debtor or a party that was the beneficiary of some transfer of property or other assets made to it by the Debtor. A creditor, trustee or other party in interest must initiate an adversary proceeding with a Summons and Complaint and serve the defendant(s) and/or debtor with a summons and complaint. The defendant(s) and/or debtor typically have 30 days from the date of the issuance of the Summons to respond to the Complaint filed by the creditor or trustee with an answer or a motion to dismiss. Failure to timely respond to the complaint may result in a default judgement being entered against the defendant(s). After the initial pleadings, the parties are able to engage in discovery and court conferences to guide the litigation. If the matter is not settled it will eventually go to a trial where the Bankruptcy Judge will ultimately decide the merits of the case.

An adversary proceeding resembles litigation in other courts, except the question before the Bankruptcy Court is much narrower. The question in an adversary proceeding, as opposed to the question in a general litigation by a creditor, is not whether the debtor owes the creditor money, because in a bankruptcy case general liability for dischargeable debt is assumed and is the norm. Rather, the issue in a bankruptcy adversary proceeding is whether that creditor’s debt survive and not be discharged by the Debtor’s Bankruptcy filing. In some occasions, dischargeability for a particular debt may be based upon the intent, frame of mind and ultimate actions of the defendant(s): Were the defendants honest and well intentioned when the debts were incurred, or were they dishonest, fraudulent or intending to harm the plaintiff when they incurred these debts ? Whether the debtor engaged in fraud, misrepresentation, illegal actions and/or violations of a trust that have caused significant loss to the debtor’s creditor are critical issues in commencing an adversary proceeding.

Since Adversary Proceedings are litigations that can decide key issues in a bankruptcy case, they need to be defended vigorously by a debtor or other adversary proceeding defendant. The adversary proceeding gets a separate docket number from the bankruptcy case and separate docket entries although it is part of the case, it is deemed to be in many ways a separate matter from the case itself. The defendant needs to answer the plaintiff’s complaint and motions and potentially defend a trial, as with any other kind of litigation in state NYS Supreme Court.

Typically, a creditor commencing an adversary proceeding, files and serves a Complaint with the Bankruptcy Court in an attempt to avoid its debt being discharged in the bankruptcy case. creditors often allege false pretenses, false representation, actual fraud, and/or malicious intent. The creditor needs to show that if it were not for the debtor’s malfeasance and dishonesty that the creditor would not have lent the money to the debtor and the moneys would not have been lost to creditor. The creditor cannot engage in mere allegations but needs to show that the debtor knowingly and with fraudulent intent duped the unsuspecting creditor. Because the Bankruptcy Code disfavors the debtor easily losing their discharge, the burden of proof is on creditors objecting to the discharge or dischargeability of debt. In many instances, the creditor may fail to adhere to Court rules and deadlines and/or the Court’s Scheduling Order, and may fail to give adequate dispositive proof, and/or enough evidence to prove its allegations. As such, the counsel for the Debtor/Defendant may seek to dismiss the action.

Creditors generally object to the dischargeability of their debt in two types of Adversary Proceedings. The more common is a credit card holder objecting to what appears to be abusive use on their credit card, with significant purchases, balance transfers and/or cash withdrawals on the credit card shortly prior to the filing of the bankruptcy case. These are usually more minor actions in terms of the amount of debt and the creditor, who usually lacks good documentation does not expect the debtor to defend and fight to justify these expenditures and question the creditor’s proof. Therefore, the combination of defense and negotiation usually allows a debtor to resolve these more minor, alleged “credit card abuse” actions with a low settlement amount.

The other kind of creditor objection is much more substantial and is usually from persons with whom the debtor had a relationship that went sour – from former business partners, former spouses, large lenders and persons otherwise formerly engaged in business with the debtor. These adversary proceedings usually involve much more money and motivation on the part of the creditor. Often in these larger matters the creditor is coming into the case prepared to fight and believing in their cause that the debtor is a bad actor as to the debt. In these larger and more intense creditor actions, the debtor is not usually invulnerable to all the allegations and it is important for the debtor to keep up with the creditor’s litigation posture and litigate just as intensely to narrow the scope of the lawsuit to areas where the creditor really has something to complain about and not allowing the creditor to expand its action beyond specific transactions where the debtor has vulnerability. By doing so the action can focus on a more narrow set of facts and a smaller range of vulnerability and eventually settle in an equitable manner.

“Fraudulent transfer” issues typically arise when debtors transfer money and/or assets to another entity or person (typically an insider like a family relative or friend) for little or no compensation within several years before the filing of the bankruptcy case with a fraudulent intent to avoid paying their creditors. The trustee may pursue this matter in an adversary proceeding alleging that an avoidable transfer occurred and that the debtor transferred assets without sufficient consideration and had the intent to hinder or delay creditors at a time when the debtor knew about its debt issues and knew it was insolvent.

“Preferential transfers” are actions to recover loan payments made by the Debtor to Creditors shortly before the bankruptcy filing. While these were legitimate debts, the creditors were preferred above other creditors who were not paid within this short period. The preference period is within 90 days before the bankruptcy filing, for transfers to third parties, and is one (1) year prior to the bankruptcy filing, for transfers to insiders of the debtor. Trustee adversary proceedings can best be resolved with the proper representation in the litigation which causes the trustee to be more realistic about potential settlement. However it is possible to defend against the trustee by reviewing the cases for their strengths and weakness, obtaining the appropriate documentation, proving solvency and lack of fraudulent intent at the time of transfer are common methods iof defending these adversary proceedings.

The trustee or creditor can in an adversary proceeding object to the discharge or dischargeability of debt or through turnover proceedings, or avoidable transfer actions, such as actions to reverse fraudulent conveyances, or preferential transfers try to recover assets for the debtor’s estate.

A debtor can also commence an adversary proceeding against a creditor and/or the trustee and most commonly does so when the debtor seeks to void or remove a lien, have another person turn over an asset, modify the discharge or determine the dischargeability of debt, and/or obtain an injunction. Debtor initiated adversary proceedings are less common, but could be a forceful manner for the debtor to alleviate debt and/or reach decisions that improve the debtors’s financial situation. Debtor litigation is most common when dealing with hard to reach creditors where the communication and negotiation is difficult – the Internal Revenue Service, NYS Department of Taxation and Finance, a town or county clerk, a utility company and other bureaucratic and hard to reach entities over liens that the debtor seeks to remove from his property.

Negotiation or Litigation a Better Resolution for Adversary Proceedings? 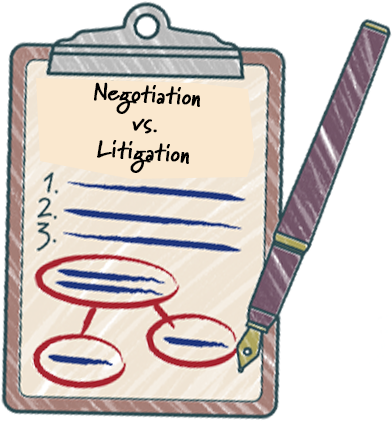 Are there Benefits to the Debtor in a Bankruptcy Case Where there is a High Risk that the Debtor Would Be a Defendant in an Adversary Proceeding?

Why Use Our Law Office to Defend You in an Adversary Proceeding? 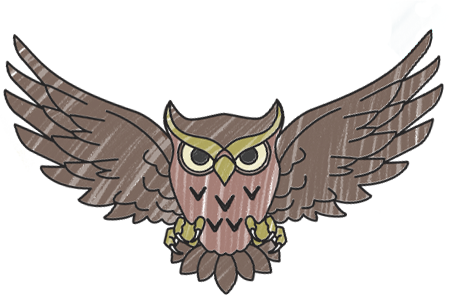 Notwithstanding how much may be at stake as to the monetary claim amount in the adversary proceeding, obtaining legal representation is always highly recommended. Obtaining attorney representation could be in your best interest, allowing a better resolution of the matter and possibly preventing a default judgment being entered against you. There are also various settlement options in adversary proceedings, allowing the defendant(s) and/or the debtor to negotiate with the creditor to settle the debt in question. Thus, preventing the debt from being declared non-dischargeable is critical to allow the debtor to get the full benefit of the cankruptcy case.

Please call us at (631) 271-3737, or e-mail us at weiss@ny-bankruptcy.com for a free consultation at our Melville, Long Island law office to discuss legal options, including Bankruptcy Adversary Proceedings, in greater detail.